Wahid Nawabi has served as our Chief Executive Officer and a member of our board of directors since 2016. Wahid joined AeroVironment in 2011 as senior vice president and general manager of the EES business segment, where he reshaped the segment’s business strategy, launched a number of award-winning, innovative new products and significantly improved its position in the market. Prior to his current role, Wahid served as President and Chief Operating Officer of the company, where he managed all aspects of AeroVironment’s two business segments. Wahid also managed multiple business process improvement projects, which led to significant improvements in customer satisfaction and operational efficiency. He led the integration of the company’s engineering, operations, supply chain and quality functional organizations into a single corporate shared services model across both business segments and all product lines. Wahid spent 16 years of his career at American Power Conversion Corporation (APC) in multiple leadership roles helping the company achieve its business strategy. As a former Vice President of the enterprise business segment at APC, Wahid played a key role in launching the company’s ambitious and successful strategy of entering the data center critical power and cooling infrastructure business. During his tenure, APC became the global leader in designing and manufacturing fully integrated data center power and cooling infrastructure solutions. Wahid played a key role in growing the company from $50 million to more than $2.4 billion in annual revenue, and its eventual sale to Schneider Electric for $6.1 Billion. This was the largest acquisition in the history of Schneider Electric.

He says AeroVironment is a great place to work because:
“There is no place like AeroVironment where a group of honorable, smart, and hardworking people can make such a big and positive impact on our lives and society. I am excited and honored to lead such a team in order to help all of our 3 stakeholders Proceed with Certainty.”

Wahid earned his undergraduate degree from The University of Maryland at College Park in Electrical Engineering.

Prior to joining AeroVironment in 2020, Kevin McDonnell served as chief financial officer of JAMS, Inc., which provides alternative dispute resolution services. During his tenure at JAMS, Kevin helped the company nearly double its revenue and more than double its EBITDA. Kevin brings more than 30 years of experience in financial, IT and HR leadership roles, including serving as chief financial officer for companies in the technology, automotive and health industries. Most notably, Kevin held various senior financial roles at Teradata Corporation during its high-growth phase, where the company grew from $3 million to $300 million in revenue and expanded globally into Europe and Asia. Kevin also served as CFO of Digital Insight, where he was instrumental in significantly growing its annual revenue, taking the company public and leading three acquisitions.

Ken Karklin has served as our Senior Vice President of Operations since December 2018 and is accountable for product line management, engineering, fulfillment, program management, quality, information technology and related support functions. Prior to AeroVironment’s sale of the Efficient Energy System (EES) segment in June 2018, Ken served as the company’s Vice President and General Manager of EES from May 2015, and as Vice President of Transition Services, subsequent to the divestiture. From April 2009 until May 2015, Ken served in a range of leadership roles at AeroVironment, including Director of Corporate Quality.

He says AeroVironment is a great place to work because:
“At AeroVironment intelligent risk taking is rewarded and we thrive together as a team… and our history exemplifies this in so many ways! We celebrate innovation but also have an expectation for accountability and taking ownership!”

Ken earned a B.S. in Mechanical Engineering from Rensselaer Polytechnic Institute in 1995, is a graduate of Agilent/Hewlett-Packard’s year-long Accelerated Leadership Development Program (ADP/LEAD) and continues to pursue Executive Management coursework with Massachusetts Institute of Technology Sloan School of Management.

Melissa Brown joined AeroVironment in 2015 as the company’s Corporate Counsel. In 2016 she was appointed the company’s Vice President, General Counsel and Corporate Secretary. Prior to joining AeroVironment, Brown served as an associate attorney at K&L Gates LLP in Los Angeles, California and Jennings Strouss and Salmon PLC in Phoenix, Arizona, advising clients on a range of securities transactions, mergers & acquisitions and corporate governance issues.

She says AeroVironment is a great place to work because:
"I love being a part of the AV family, where people truly care about the company and each other. I enjoy the constant challenge of the variety of work I do and learning something new every day - no day for me at AV is like any other. It’s exciting to come to work each day and be a part of the innovative and creative work that we do and see how our products help our customers."

Melissa earned a juris doctor from the Arizona State University College of Law and a Bachelor of Science in microbiology and molecular genetics from the University of California Los Angeles. 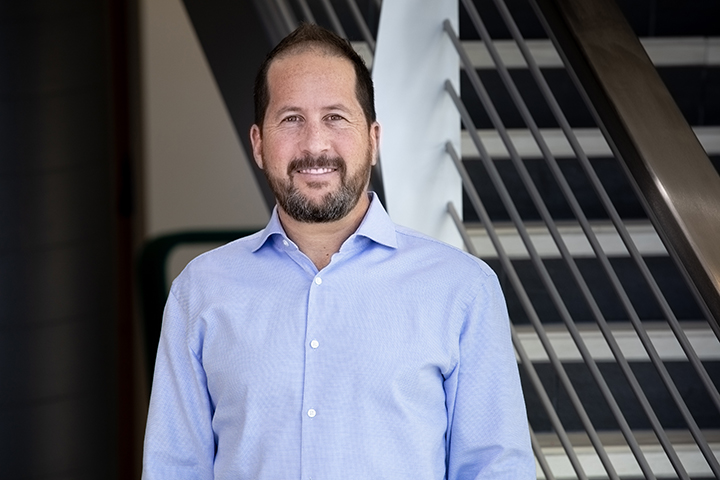 Steve Gitlin joined AeroVironment in 2002 to define the market entry strategy for one of the company’s first commercial product lines and then successfully secured multi-million dollar orders from key national accounts for that business. He helped lead AeroVironment’s Initial Public Offering (IPO) in 2007 and then established and leads the company’s marketing and investor relations programs. Steve subsequently led the development and introduction of AeroVironment’s first corporate identity strategy, then designed and executed the introduction of the company’s Values, Purpose and Promise system. Steve redesigned and leads the company’s strategic planning process and works with Wall Street analysts and institutional investors to ensure an accurate understanding of AeroVironment growth strategy and business. Prior to joining AeroVironment Steve served as a management consultant with Deloitte Consulting, focusing on Strategy and Operations for global enterprises in Aerospace, Telecommunications and Technology industries. He has served clients across the Americas and is an enthusiastic and ever-improving weekend soccer player and passionate fan.

He says AeroVironment is a great place to work because:
“Smart, creative people. Great ideas. Collaborative culture. Future-defining technologies. Making a tangible difference in the world. Doing things that have never been done before. These are some of the reasons why I joined AeroVironment in 2002 and am still here, fully engaged and excited to be a part of this journey. This place is not for everyone, but for those who seek to create a better, safer and more prosperous future through the introduction of disruptive technology solutions, this is a place you should consider.”

Steve earned a Master in Business Administration degree from the Wharton School and a Master in International Management with an emphasis on Latin America from the Joseph H. Lauder Institute at the University of Pennsylvania. He received his Bachelor of Arts degree in Political Science from UCLA.

Scott Newbern has served as the Vice President and Chief Technology Officer of AeroVironment since December of 2018. This includes leadership of the MacCready Works Laboratory ­– a focal point for AeroVironment’s continuous innovation, focusing on relentless problem solving and doing what has never been done before. Scott previously served as the Vice President of small Unmanned Aircraft Systems beginning in 2012. He guided the strategic and tactical activities for the SUAS business area. Scott has served in various UAS leadership positions at AeroVironment since joining the company in 1997. Scott led advanced UAS development activities including establishing high volume SUAS manufacturing capability at AeroVironment.

He says AeroVironment is a great place to work because:

"AeroVironment is a great place to work for me because of the people. Teamwork is tremendous and our people are driven by passion to achieve awe-inspiring results." 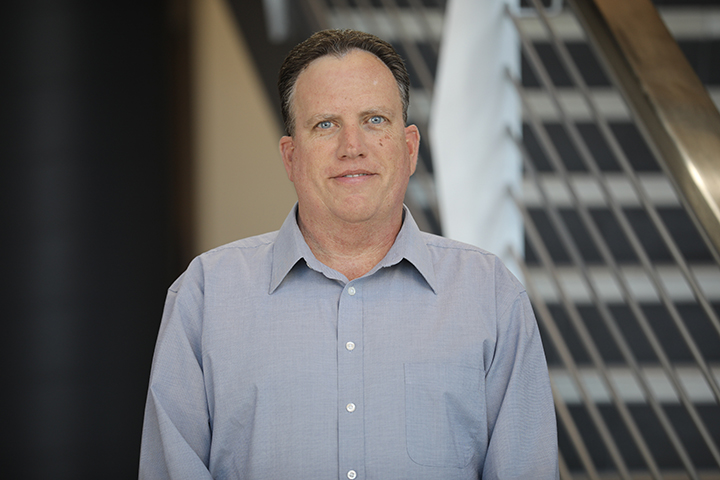 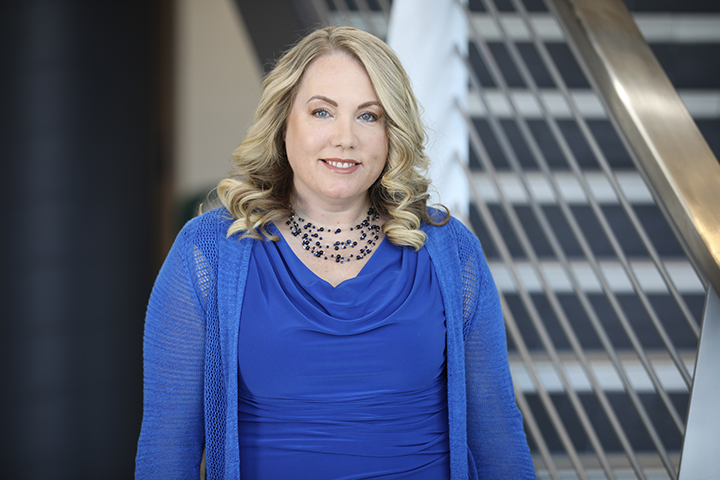 Alison Roelke joined AeroVironment in 2017 to lead the People & Culture function with a focus on creating a “Great Place to Work.”

Prior to AeroVironment, Alison was Vice President, Human Resources for Custom Sensors & Technologies, a division of Schneider Electric, which was sold to private equity in 2014 and then to Sensata Technologies in 2015. Alison stayed on with Sensata Technologies leading the Global HR Mergers & Acquisitions function. Prior to that, Alison held talent and HR operations management positions in both manufacturing and financial services organizations including YTCA a subsidiary of Yazaki Corporation, Mitsubishi / Caterpillar, and Digital Insight.

She says AeroVironment is a great place to work because:
“At AeroVironment you are surrounded by interesting and intelligent people who show great passion for what they do. We have exciting technology, jobs that will challenge you, a supportive and welcoming work environment, and the opportunity to work on many diverse projects."

Alison holds a Bachelor degree in Business Management from California Coast University. She received her Senior Professional in Human Resources (SPHR) designation in 2002 from the HR Certification Institute.

He says AeroVironment is a great place to work because:
"Knowing that when you come to work every day you are doing something that makes a difference in the world by protecting our warfighters and allies who are preserving our freedom.”

Trace has 20 years of experience in the defense industry and earned a Bachelor of Science degree in Business and Economics from the University of Kansas.

We are not, by referring or linking to such third party website, incorporating its contents. We do not endorse or guarantee, and we disclaim any responsibility for: the content, products or services offered on such linked website, its performance or interaction with your computer, its security and privacy policies and practices, and any consequences that may result from visiting such linked website.